Share a memory
Obituary & Services
Tribute Wall
Read more about the life story of William and share your memory.

William (Bill) Edward Ryan, 80, of Brookeville, MD passed away Monday, January 23, 2023.  Bill is survived by his wife of 57 years, Susan (Sue) and his daughters Mary Katherine (Tim) Powers, of Odenton, MD, Carol (Chris) Wolcott of Adamstown MD, and Kathy Ryan of Columbia, MD.  He is also survived by his two grandsons, of whom he was very proud, Nicholas and Thomas Wolcott, as well as very special nieces, nephews, and cousins.

He retired from the Navy Civil Service in 1994 and obtained his CPA in 1998.  He worked for Bond Beebe Advisors and Associates as a CPA until 2006.

He was very active in his parish community, St. Peter’s Catholic Church in Olney, MD.  He spent over 35 years serving as a lector during Mass services.  Additionally, he coordinated the SOME (So Others Might Eat) program at St. Peter’s. He arranged the collection and delivery and traveled to SOME for distribution of hot meals, once per month for 30 years.

His hobbies included spending time with family, researching genealogy, creating intricate spreadsheets on his computer, and reading, especially history books, mysteries and the Washington Post.  He enjoyed travelling locally with Sue, especially to Colonial Williamsburg in Williamsburg, VA where they would visit several times per year.

Funeral Services will be held on Tuesday January 31st at St. Peter’s in Olney, MD with a viewing from 10am – 11am, followed by a Mass of Christian Burial at 11am.  Interment will follow at Gate of Heaven Cemetery in Silver Spring, MD 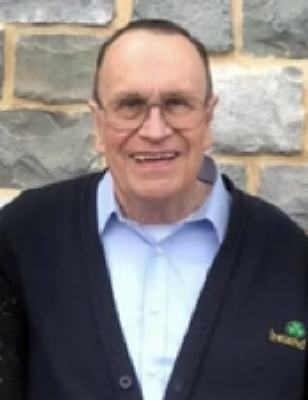