Share a memory
Obituary & Services
Tribute Wall
Read more about the life story of Gloria and share your memory.

Gloria Stephens Williams passed away Tuesday, December 20, 2022 in Rockville, MD.  She had just celebrated her 89th birthday in November.

Gloria was born in Minneapolis, Minnesota on November 21st 1933 to Clifford Scott and Thelma Eddington Stephens. Gloria was the youngest daughter of two, growing up with her older sister Lucille, born in 1926.

Gloria and her family lived in Minneapolis until the early 1940s when her dad moved the family to Washington, D.C. for work. The family later moved to Bethesda, MD where she lived off and on over the next 40 years.

Gloria attended high school at the National Cathedral School in Washington, D.C. where she garnered the nickname “Stevie” & graduated in 1951.

She went on to college attending Cornell University for 2 years where she met her first husband Paul Romano, then transferred to the University of Pittsburgh where she proudly pledged the fraternity Kappa Alpha Theta and graduated with a bachelor's degree in 1955.

In 1957 Gloria married Paul Romano and 2 years later their daughter Susan was born in New York.  In the early ‘60s the family moved to Wertheim, Germany while Paul served in the Army as a doctor. They came back to the U.S. and settled in Bethesda, MD in 1964. Paul and Gloria divorced soon after that.

In the late ‘60s, Gloria met her husband of 52 years, Glendon B. Williams (Glenn) at a Sports Car Club of America function in Upper Marlboro, Maryland. They joined their families, getting married in July 1970, and raised their children in Bethesda, MD.

In the early ‘80s after a year traveling the U.S. in an Avion RV trailer, Gloria supported Glenn’s desire to start his own business. They purchased a small business in Crystal City, VA that serviced, repaired, and sold typewriters primarily to various government agencies. They were quite successful with Gloria handling the office, accounting, and receptionist duties while Glenn managed the service and sales side of the business.

Throughout her life, Gloria was an active member of Kappa Alpha Theta Fraternity where she served on College Advisory Boards as well as the Alumnae Board of the Washington D.C. Alumnae Chapter.  She traveled to many Theta conferences and conventions and formed deep friendships with Thetas across the country.

Gloria and Glenn moved to the Flower Valley area of Rockville MD in the mid '90s. Gloria enjoyed the active neighborhood community and was involved with the Gourmet Club, Norbeck Manor Garden Club and the “Gal Pals” women’s group that regularly gathered for lunch, a show or local sight-seeing trips. She delighted in playing bunco and bridge with many of the same ladies in the neighborhood.

Once settled into Flower Valley, Gloria and Glenn were drawn to the Oakdale Methodist Church in Olney, MD. Gloria was involved with the Women's group and Glenn with the Men's group and later joined a weekly Bible study group.

Glenn and Gloria enjoyed traveling after retirement and found their favorite form of travel was cruise ships, especially riverboats. They went to Alaska, the Caribbean, Czech Republic and Germany, among other destinations.  They thoroughly enjoyed their travels and often convinced their friends to go with them.

When you were a friend of Gloria’s, you were a friend for life.  She genuinely connected with and thrived on meeting new people. Gloria was a remarkable woman, mother, wife, grandmother and friend.  She was a vibrant person, incredibly strong, forthright and honest, and had a delightful sense of humor, a contagious laugh, and wonderful smile.

Gloria is preceded in death by her first husband Paul Romano and her parents, Thelma and Clifford Stephens.

A Celebration of Life Memorial Service will be held at Oakdale Church, 3425 Emory Church Road, Olney, MD 20832 on Saturday January 21st,2023 at 11 am followed by a lunch at the church.

The service will be live streamed and recorded and can be viewed at the following link at 11am EST on Saturday January 21st, 2023: https://live.oakdale.church/

In lieu of flowers, the family requests, memorial donations be sent to Kappa Alpha Theta Fraternity at https://www.kappaalphatheta.org/foundation/make-a-general-donation/one-time-donation or to Fisher House, https://connect.fisherhouse.org/index.cfm?fuseaction=donate.event&eventID=1 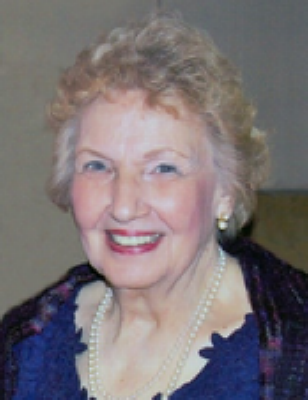