Share a memory
Obituary & Services
Tribute Wall
Read more about the life story of Avonne and share your memory.

Avonne Corliss Wennersten Gravel died peacefully at her home in Bethesda Maryland on Friday September 23, 2022, she was 91. Born March 13, 1931 in what is now Lake Bronson, Minnesota, she pursued a career in education at Bemidji State Teachers college where she could pair her love for children and her own passion for learning. There she met her husband Marcus, and they were married in 1953. Avonne and Marcus traveled the world together during Mark’s 25 years with the United States Marine Corps, having 4 children along the way.

Avonne managed the family during Mark’s repeated deployments overseas and developed lifelong friendships with other military wives and families. She taught swimming to some of Mark’s troops in the Philippines, and sewing to other military wives and neighbors in McLean, Virginia. Avonne and Mark settled in Long Beach, California after Mark’s military retirement, where she continued to work as a teacher, and later as a Tax Preparer and Enrolled Agent, and then for the City of Long Beach. Avonne set a wonderful example for her children and grandchildren in her dedication to ongoing learning, whatever the subject. Always a patient teacher, she was also a curious student, she took her first computer class in the 1980’s to support her growing tax business.

Avonne converted to Catholicism when she met Mark and her faith was integral to her family life. She was active in her parish communities as a Eucharistic Minister and trained many altar servers. In addition Avonne put her principles into action serving many community service organizations over the years, be it supporting unwed mothers with a safe environment to finish school and receive job training, being a pen pal mentor with at-risk youth, or volunteering in a community thrift shop. In ways both large and small she was generous with her time, and as her experience grew she capably adapted her service into leadership roles with the American Red Cross, Gold Star Mothers, and the Residents Board at Maplewood Park Place to the benefit of the communities they served.

Her family will remember her kindness toward all things, a love that extended from her husband and children to her irreplaceable toy poodle Jacque. Her belief in education was paramount and she reminded her children on many occasions of her own perfect attendance records in school. She realized her children would not duplicate those feats however and she knew fun was equally important - she once stood in line to buy Elton John concert tickets so daughter Jennifer wouldn’t miss school or a chance to see her favorite artist. She encouraged participation in various activities for all of the children, requiring countless trips to baseball, soccer, and swim practice, Scouting, and piano lessons, and later lacrosse games with her grandchildren. She was the uncontested queen of the “power nap” during practices and lessons, catching up on much needed sleep as her days were long with work and family, an underappreciated skill to her children at the time.

She possessed a wry and often self-deprecating sense of humor contributing to many family stories… As an admittedly lackluster cook early in her marriage, she sent Mark to work with a leftover piece of meringue pie that had not set, in a jar!  By sharing the mock horror of any early missteps in the kitchen she winked at her journey of becoming an excellent home cook. An early devotee of the “Joy of Cooking” she never missed the opportunity to try a new flavor or technique. Her cakes became sought after items at bake sales, grandchildren were introduced to the wonder of pumpkin chiffon pie, and favorite weeknight dinners as well as holiday feasts are still replicated.

Avonne is the beloved mother of Jeanine McWhinney, Jennifer Martein (Paul), John Gravel (Hilary), and Jane McComb (Martin).  She cherished her eight grandchildren: Bror, Cameron, David, Daniel, Jordan, Spencer, Fletcher, and Parker; and great-grandchildren Gunnar and Emersyn. She is survived by her sister Bonnie Glad and brother Budd Wennersten. She is preceded in death by her husband Marcus J Gravel; her father Bror A Wennersten and mother Elna (née Larson) Wennersten; and sister Carol Wennersten Seran.

A Funeral Mass will be celebrated at 10:45am on Monday, February 27, 2023 at St Jane de Chantal Church in Bethesda, Maryland.  The Interment Service will be the next day, Tuesday, February 28, 2023 at 2:00pm at Arlington National Cemetery.

In lieu of flowers please consider donating to the American Red Cross. 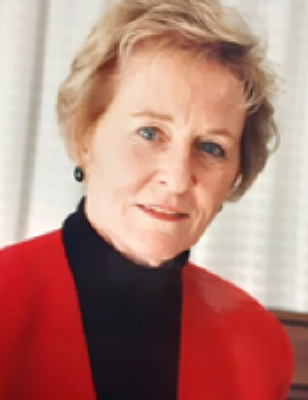